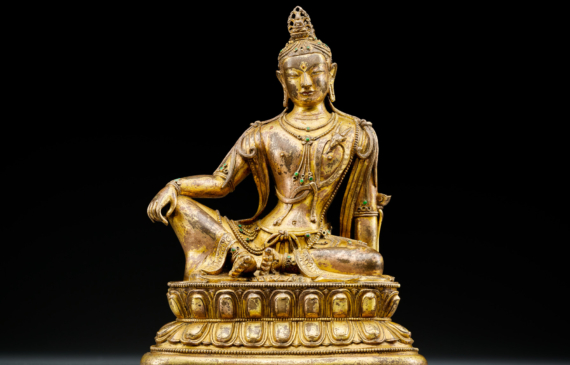 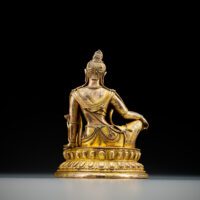 Avalokiteshvara (in Chinese, Guanyin) sits with his right hand resting on his raised right knee and his lowered left hand grasping the stem of a lotus, a posture indicative of relaxation. The lotus and the small Buddha in the diadem confirm the identification of this bodhisattva as Avalokiteshvara. In addition to his saronglike lower piece and scarf, standard clothing for a bodhisattva, this figure wears an antelope skin with a three-dimensional head falling over his left shoulder and legs tied in a loop above his chest. Such animal skins are a long-standing Indian symbol for ascetic practices, as is Avalokiteshvara’s long matted hair.