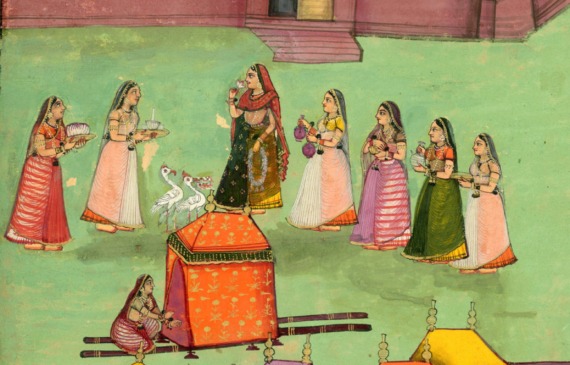 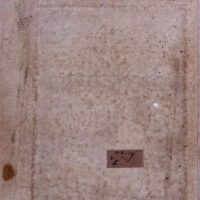 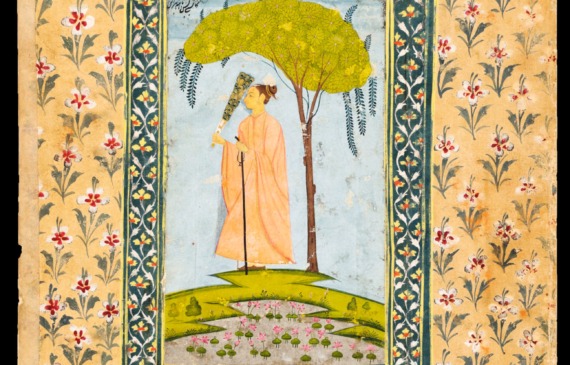 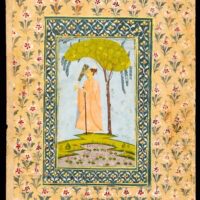 Portrait of Nobleman on Each Side
Deccan
17th century 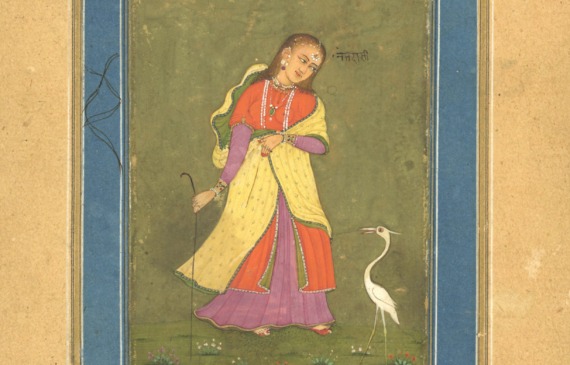 This folio is meant to embody a musical composition; each Raga or Ragini is capable of emoting and is attributed unique characteristics, so it was natural that these compositions could be translated into visual artwork. These types of works were encouraged between the 16th and 19th centuries by Mughal rulers who patronised the mass production of miniature paintings. While this and many other works were influenced by Mughal persuasion, Deccani elements can be seen here through treatment of line. The female figure’s robes are curving, taking up an almost lyrical form that is frequently designated as a Deccani feature. 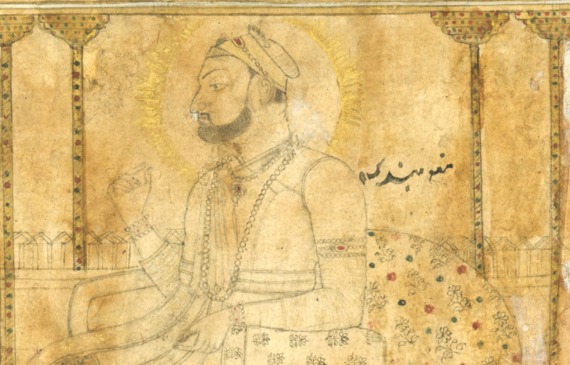 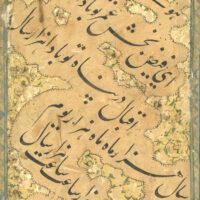 Under a gold and jewel-encrusted turreted canopy sits Diwan Munir-al-Mulk, the prime minister of Nizam Sikandar Jah (r. 1803-1829), the ruler of Hyderabad. Munir-al-Mulk was often referred to under the name of Aristu Jah, which may cause some confusion due to the fact that the Diwan to the previous Nizam, Ali Khan (r. 1762-1803), was also called Aristu Jah. The older Diwan was an entirely different individual named Azim ul Umara, father of Saif al Mulk. 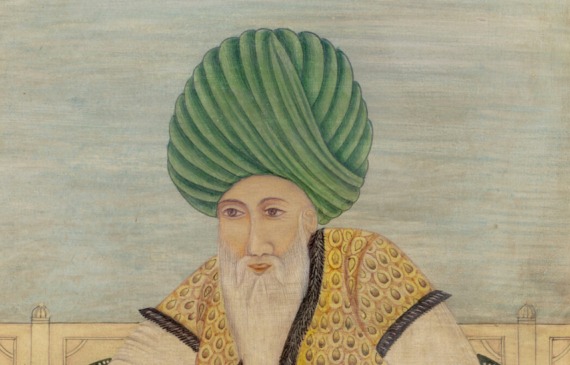 Founder of the Qadiriyah order of the Sufi faction of Islam, Abd al-Qadir al-Jilani (1077/78-1166) is a highly venerated yet historically ambiguous figure. He is revered as a Sufi, or mystic follower of Islam whose purpose is to pursue truth of divine love and knowledge through a personal relationship with God. After wandering the Iraqi desert for twenty-five years in solitude, he came to Baghdad where he grew to be a known teacher, gaining followers from surrounding regions and converting a number of Jews and Christians.

Al-Jilani was fifty years-old when he started preaching in Baghdad, likely accounting for his advanced age in this and other miniature paintings. The reach of this Islamic sect was initially regional, but al Jilani’s forty-nine sons spread his philosophies through Central Asia, India, and parts of Africa. In the subcontinent, his name is still invoked when contagions like cholera or other epidemics run rampant. Devotees will parade al-Jilani’s dark green flag around and recite chants to the saint for relief.

The present painting depicts the Sufi master leaning against a large cusion and wearing a turban that identifies him as a descendant of the prophet. A Diwani inscription within the top border of the folio identifies him. On the verso is calligraphy of a Persian mystical text. 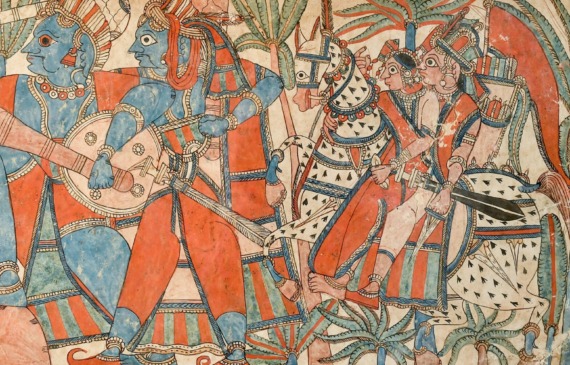 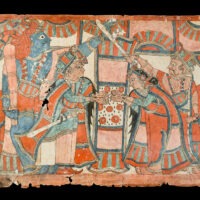 In a small village called Paithan in Maharashtra, a performative painting style developed under the Chitrakathi caste. Paithan entertainers carried paintings such as the present example across countrysides throughout Maharashtra, northern Karnataka, and parts of Andhra Pradesh, singing songs and telling stories to narrate the images. Sometimes the Chitrakathis would incorporate puppets and mime scenes during their performances— all a form of worshipping the gods.

The scenes captured in the two present paintings likely come from the Ramayana. The first appears to depict Rama, Sita, and Lakshmana’s exile from Ayodhya, while the second could be showing the marriage of Sita to Rama. As this was one of the more popular epics, it would have been a favorite for the village audiences.

The Paithan style employs monumental characters that fill the whole page. They are devoid of background elements and there is no concern for depth of field. Scale is consistent from figure to figure, all of which are depicted in profile view. These pieces would have been created in pothis, or groups of paintings ranging from twenty to fifty pages. For further examples of this unmistakable painting style, see a set of sixty works in the collection of the British Museum (acc. 2007,3014.1 – 2007,3014.60). 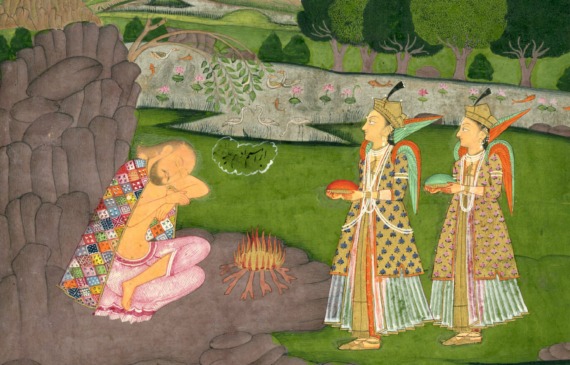 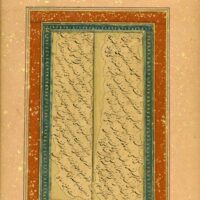 Inscription:
‘Ibrahim Adham [God’s] mercy be upon him’.
On the reverse is a Persian prose text in nasta’liq on the life of Ibrahim Adham.